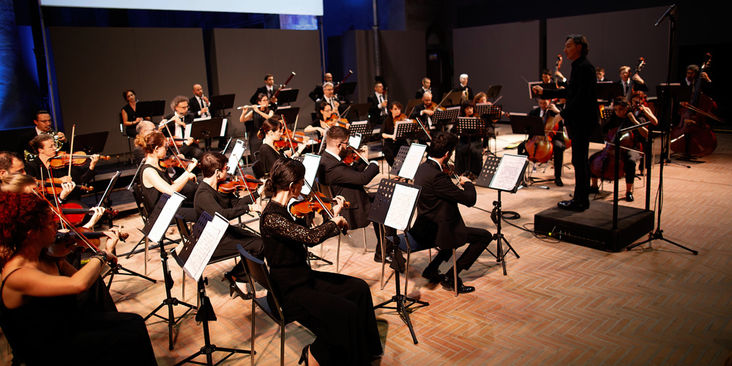 While progressively developing in this, FVG Orchestra has regularly hosted many Concertmasters arriving from some of the most prestigious Italian and international realities – such as Budapest Philharmonic Orchestra, Teatro La Scala Orchestra in Milan, Orchestra Sinfonica Nazionale Rai in Turin, and other symphonic orchestras known for their undiscussed musical quality.

FVG Orchestra is one of the promoters of the rebirth of the longtime Festival Internazionale dell’Operetta in Trieste, century-old seat of the Light Opera genre – attempting to push its tradition even outside the regional borders.

In late 2020, while facing the national closure of theaters due to the pandemic emergency caused by COVID-19, FVG Orchestra has been one of the first institutions in Italy to program and give a short, online-streamed concert season – involving several top-class soloists and conductors in the major theaters of the Friuli Venezia Giulia region.